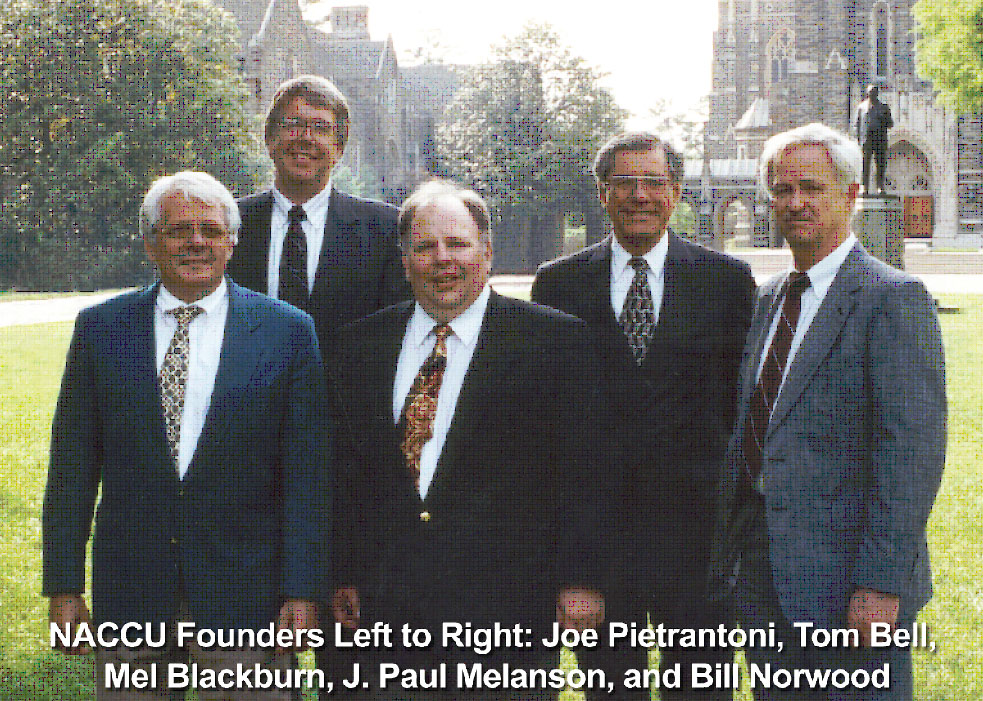 The National Association of Campus Card Users was organized in Baltimore, Maryland in 1993 by several individuals interested in promoting the use of campus cards. The founding members, J. Paul Melanson from Loyola College, Joseph Pietrantoni of Duke University, Mel Blackburn of Loyola College, Tom Bell from SUNY Geneseo, and Bill Norwood of Florida State University were the first Board of Directors.

Their vision was to create an organization with the purpose of educating college and university administrators charged with the responsibility for developing card systems by apprising them of newly installed applications, vendor performance, technology platforms, and other matters relating to the marketplace for card systems. NACCU was also planned to function as a resource library for the latest advances in campus card technologies.

The first Board meeting was held on May 6, 1993 at Duke University. The quarterly newsletter, then titled simply “NACCU News” was published in July 1993. It included a campus card glossary and a beginner’s FAQ about campus cards.

The first annual conference was held in February 1994 with the goal to help universities make initial decisions associated with the transition to a card program. At the time of the first conference, membership was up to 150 institutions and the conference drew 255 institutional and corporate attendees. Founder Joe Pietrantoni said “What this conference has done is teach universities about meanings of on-line, off-line, smart card, hardware, software. It’s been a good education for everyone.”

NACCU launched the NACCU-L listserv in March 1994 as a resource for institutional members to be able to ask questions and communicate with other members.

Currently, the Board and staff of NACCU are strong and the organization is looking toward the future, where it will continue to develop further resources and educational opportunities for its growing membership.